Wage Theft in The Bartending Industry 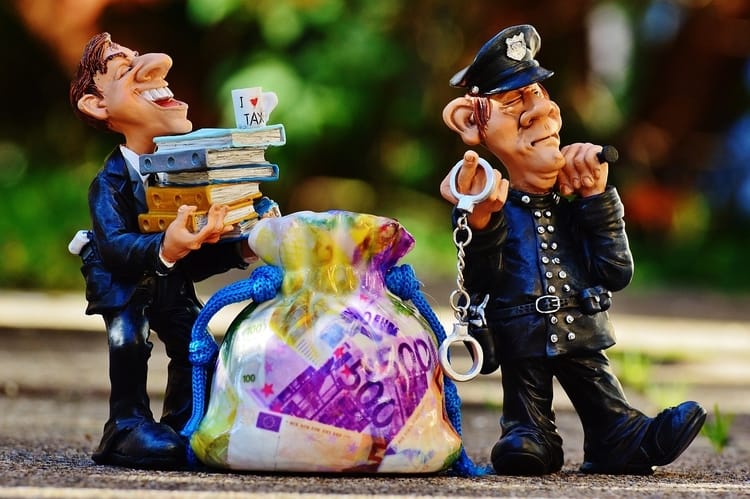 Editor’s Note: This is a guest post from Vania Silva – A legal assistant focusing on wages and overtime issues.

I was absolutely thrilled when Vania offered to write up this guest post. It covers an extremely important topic in our industry – Wage theft. Unfortunately, it’s a topic that often gets brushed under the rug and wrongly labeled as “something apart of the industry“. But it shouldn’t. Many of my friends and I have all fallen victim to wage theft and I’m sure many of you have too.

It’s frustrating, it’s annoying, and it’s hard to know what to do about it. So hopefully, this article will shed some light and help many of you find your way out and get what you deserve.

Oh, and if any of you ever happen to serve Vania behind the bar, She enjoys drinking the occasional fancy cocktail, wine, and/or white sparkling sangria. A drink on the house to thank her for this article might be a good idea ;-).

Without further ado, over to you, Vania.

Wage Theft in the Bartending Industry

Bartenders often work for a minimum hourly wage that’s less than the price of a cocktail drink, and the bitter reality is more unpleasant than a shot of Malört. Wage theft often goes un-talked about in the bartending industry, but billions of dollars worth of wages are being stolen from millions of workers in the United States annually – a grand theft that exceeds every other larceny category.

According to the BLS, bartenders make on average $20,800 annually or $10.00 an hour including tips. But bartenders beware – because minimum wage for tipped employees, known as the “tip credit” or “subminimum wage” system is only $2.13 an hour. The tip credit signifies that your boss can claim a “tip credit” when calculating your paycheck, paying you less than minimum wage, because you regularly receive tips. Each state determines its own tip credit figure allowed, just like minimum wage and cash wage. And not all states have a credit for tips – including Alaska, California, Minnesota, Montana, Nevada, and Washington.

Employers are required to meet certain conditions to claim a tip credit, and must meet their minimum wage obligation according to their state to you under the Fair Labor Standards Act (FLSA).  Workers classified as tipped employees are also limited in the amount of non-tip generating work they can perform. For example, if a tipped worker spends a considerable amount of their shift fulfilling prep/break down tasks such as rolling silverware, they may be entitled to the full minimum wage ($7.25) as opposed to the tipped wage of $2.13 per hour. Furthermore, if the employee’s tips and $2.13 per hour pay rate does not surpass the $7.25 per hour, the employer is required to pay the rest.

Despite established labor laws protecting bartenders and other tipped workers, it is all too common for employers to intentionally, or unintentionally, deny tipped workers proper wages. Bartenders can easily fall victims to wage theft, whereby bars and restaurants aren’t always making up the difference when the tips aren’t rolling in. When the funds are short, employers on a budget crunch may be tempted to cheat employees even further – by dodging overtime, underpaying workers, and messing with tips – all which constitute as wage theft under the FLSA.  In a survey conducted, 77.9% of bartenders also stated they were usually denied overtime payment. Wage theft (including paying less than minimum wage, not paying overtime, not allowing employees to take rest and meal breaks, taking workers’ tips, and requiring off the clock work) is a crime.

If you are a victim of wage theft, please take action!!

So What Can You Do About it?

If your employer is committing a wage theft crime, file a complaint. There are over 200 Wage and Hour Division offices in the United States with trained professionals ready to assist you. All services are free and confidential, despite your immigration status. Please do not let your employer intimidate or threaten you. If you experience retaliation (such as being fired, demoted, payment reduction, cut hours or even threatened) as a result of reporting wage theft, you can also file a retaliation complaint. Each state has its own form, but here’s an example of the form for California. If wage theft is not directly affecting you, but you know someone who is committing or being a victim of wage theft, report it.

Wage theft is not an acceptable “just part of the industry”, it’s a crime.

Over the past five years, more bartenders have come forward and reported wage theft. There’s also been a dramatic rise in class-action lawsuits, which have resulted in some restaurant and bar owners to dispense with shift pay, tip misappropriation, and other forms of wage theft. And new legislation, such as the Wage Theft Protection Act in New York, the tip protection in Philadelphia, and recent minimum wage increases in Washington State and San Francisco all contribute to a more sustainable business model.

2 thoughts on “Wage Theft in The Bartending Industry”