The Life of a Bartender 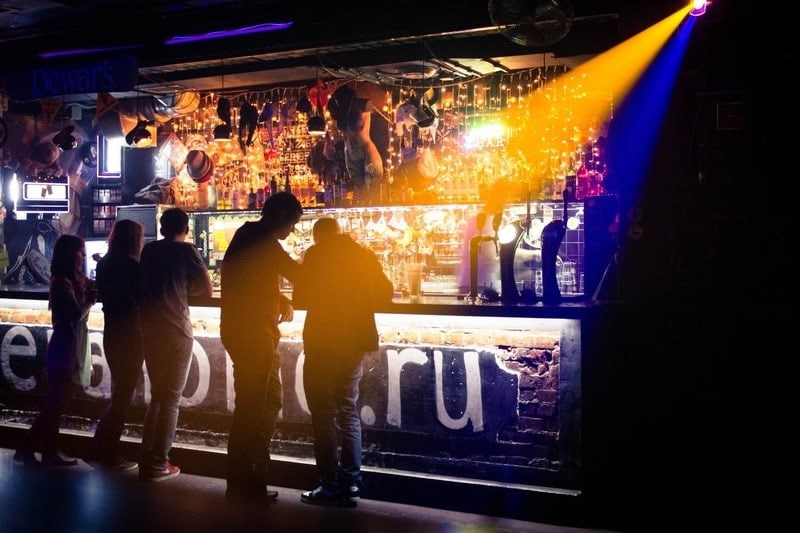 We’ve all heard the cliches.

The bartender rolls out of bed at 3pm, has bourbon and cereal for breakfast, and then drags himself to work 2 hours later. At work, he performs an insane display of juggling, shaking, stirring, and mixing, that’s so impressive a customer will come up and say “Mr. Bartender, that is one fine display of working flair. Here’s $1,000.”

The beautiful blonde at the end of the bar is equally impressed and feels so inclined to slide him her number, very slowly mouth the words “Call me,” before winking, and mysteriously walking away.

Mr. Bartender slides the number into his pocket, winks back, and cooly moves on to serve his next customer.

This is his job. He’s used to this.

At the end of his shift, regardless of what’s happened, Mr. Bartender will go out drinking with his co-workers, drop a bunch of cash, meet the blonde, pass out, and then wake up the next afternoon ready to do the same thing all over again…

If you’re learning how to become a bartender or you’re new to the industry, these cliches can be confusing. You hear about these situations and wonder if they actually occur.

The short answer is yes. They do happen. But these situations are rare and you have to be pretty good at your job to pull it off.

So today I want to give you a more realistic view of what the life of a bartender really looks like. Day-in, day-out, no cameras, no lights, and no flaring. Just you, the bar, and the bottle.

So in order to keep this article as useful and relevant as possible, I’m going to make a few assumptions first.

Assumption 2: You live reasonably close to work. It sucks when you live too far away from work. Trust me, I’ve been there. When you have to drive an hour to get home, it makes it very difficult to have a drink with your colleagues after work. The closer you live to work, the more enjoyable your time behind the stick will be. And most bartenders live reasonably close to work.

Assumption 3: You like people. Bartending is a people person job. If you don’t like people, you won’t enjoy this profession… So don’t become a bartender if this is you. Almost all of your time as a bartender will be spent surrounded by people. Some annoying, some funny, some cool, and some really weird. You’ve got to thrive (or at least be OK) on that.

The days of night-time bartenders are mostly shrouded in mystery. Most people have no idea what they get up to. They assume that they’re probably hung-over, in bed, and sleeping in until noon…

I hate to admit it, but most of the time, they’re right. Bartenders do like to “sleep-in,” but not because they’re innately lazy, it’s because they don’t go to bed until the early hours in the morning.

Look at it like this, if you finished work at 2am, you went to sleep at 3am, and you need at least 8 hours of sleep, the earliest you’re going to wake up is at 11am.

What if you finished work at 5am? And then you went out after work? What if you got really drunk? And who the hell is sleeping next to you!?

You get the point…

How a bartender’s day turns out is largely going to depend on what they did the night before. There are two scenarios the bartender usually contends with.

Scenario 1: Finished late, went out, got drunk, woke up hungover, and can’t be bothered doing anything. They’ll spend the day recovering, chilling out with friends, playing video games, watching movies, or simply going back to sleep.

Scenario 2: Finished on time, didn’t go out, woke up fresh, and ready to take full advantage of the day ahead. Scenario 2 is a little more interesting. 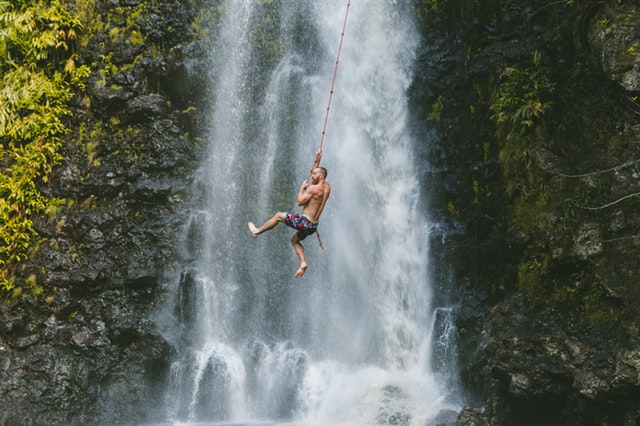 One of the best parts about being a bartender is having your days free to do whatever you want. You don’t have to wake to an alarm clock (best feeling ever!) and instead of sitting at a desk all day, you can go outside and feel the sun on your skin and the wind on your back.

If you’re living in a ski resort, you can go snowboarding all day. If you’re doing a summer season in Ibiza, you go cliff jumping, or hang out on the beach and drink beer all day. You can catch up with friends, go to the gym (when no-one’s there), take a language class, study, or work on something more creative.

This kind of freedom and flexibility is priceless. And it’s why your life as a bartender can feel like a holiday.

You get to do whatever you want during the day. And at night, you’re out at a bar anyway.

Nights Behind the Bar

A bartender’s night will start anywhere between 5-9pm. Yep, that’s right. The freedom and flexibility from the day is over. It’s time to pay our dues and earn a living. Does that mean the rest of our day/night is doomed?

Most bartenders usually rock up to work around 10 minutes early, fix themselves a double espresso (I love free coffee), and have a chat with their fellow bartender before they get started…

When you work in hospitality, your colleagues become your family.

You spend your days chilling out together, your days off drinking together, and you spend your nights at work laughing, partying, and dancing with each other. And because you’re constantly surrounded by booze, your relationships get real pretty quickly.

At around 5.01pm, as soon as the bartender’s shift begins, the manager will run over and say “Let’s get to work ladies. We’ve got a big night ahead of us.”

Every good bartender knows that the bar needs to be adequately prepped if they’re going to survive a busy shift. So as soon as your shift begins, it’s your chance to do a final check.

First things first, you’ll want to get caught up with whats going on for the night. How many people are booked in and are there any events on? This will give you some indication of what might happen throughout the night.

Next, you’ll make sure the bar is completely prepped. Are there enough glasses, backup spirits, and garnishes cut? Are the ice wells full? What about the cleaning products, till rolls, etc, etc?

You need to get the bar organized now because all hell is about to break loose!

The rush always comes when you least expect it. One minute, the bar is empty and you’re casually filling up the ice wells. The next minute, the bar is 3 rows deep, cocktail orders are backed up, John (fellow bartender) has gone to the bathroom (don’t worry, you’ll get him back later), and one of your kegs has just run out.

Be prepared for that. It’s part of the job.

Sometimes, it’s going to be brutal. 4 hours of running around, changing kegs, topping up ice-wells, serving rude customers, and breaking up the occasional fight can take a toll on any bartender.

When the music is blasting, the atmosphere is buzzing, customers are throwing you money, and people are dancing on the tables, it’s going to be fun. Whether you’re drinking or not! And after awhile, you’ll start to crave the rush.

That’s when you’re in your element. And when it’s not busy, it’s boring.

When the bar is closed, a few things will need to happen. The team needs to kick everyone out, clean down the bar, and then you’ll need to decide whether or not you’re going out drinking with the rest of the team that night.

With experience, kicking everyone out becomes easy and cleaning down the bar becomes second nature. But when you’re new to the industry, telling people to leave can be hard and cleaning can be a pain.

Get used to it because if you choose to tend the bar, you’ll be doing this every night for a long time…

Finally, you’ll need to make one more decision: do you got out, get hammered with your colleagues, and wake with a hangover? Or do you go home, wake up fresh, and seize the day?

In my book, both are good options. But the choice is yours.

What are the Downsides?

I know I’ve been slightly biased here and leaned more towards the positives of being a bartender. But this is what I’ve been doing for over 6 years now and this life has been good to me.

That being said, yes, just like any profession, it’s not all sunshine and rainbows.

Sometimes, it sucks. So here are a couple of the downsides.

First of all, being a bartender can be really stressful. Whether you’re jacked up on adrenaline or not, the stress of the rush is there. When customers are yelling at you, a fight breaks out, and your managers are observing your every movement, you’re naturally going to feel some form of stress.

It’s normal and you get used to it. But not everyone wants to deal with it…

Secondly, being a bartender will put a strain on intimate relationships with people who don’t work in the industry. You’re going to have to work nights, weekends, and holidays. And if your partner works a 9-5, it means you’re hardly ever going to see each other.

I’m no relationship expert, but I believe the foundation of a successful relationship requires you to actually see each other. I could be wrong though…

Jealousy can also become an issue… Being surrounded by alcohol and hot blondes handing you their number can make anyone jealous. So it’s understandable.

When you’re a bartender, you’re also going to miss these events yourself. So if you’re the kind of person that likes doing this stuff with friends and family, you’re going to find the life of a bartender tough…

That’s why bartending isn’t for everyone.

You get to Decide

The life of a bartender isn’t for everyone. Some people don’t like the idea of working nights, over the weekend, and during the holidays. And some of you won’t want to put your relationships on the line. There’s nothing wrong with and at least you get to find that out now.

But for those of you who don’t mind trading in your weekends for weekdays, a cool job, a new family, some fun and some adventure, the life of a bartender could be for you. And if you choose to take the plunge, you’ve got a great life ahead of you.

It makes traveling easy, you’ll make decent money, you’ll make loads of great friends, and you’ll learn a lot. Even when it sucks, there are lessons to be learned. And at the very least, those shitty moments will become funny stories.

Booze, people, travel, espresso, no alarm clocks, friends, family, and fun. Even if you’re not earning $1000 in tips every night or scoring a hot blondes number, it sounds pretty good to me.

1 thought on “The Life of a Bartender”