The Difference Between Champagne & Sparkling Wine 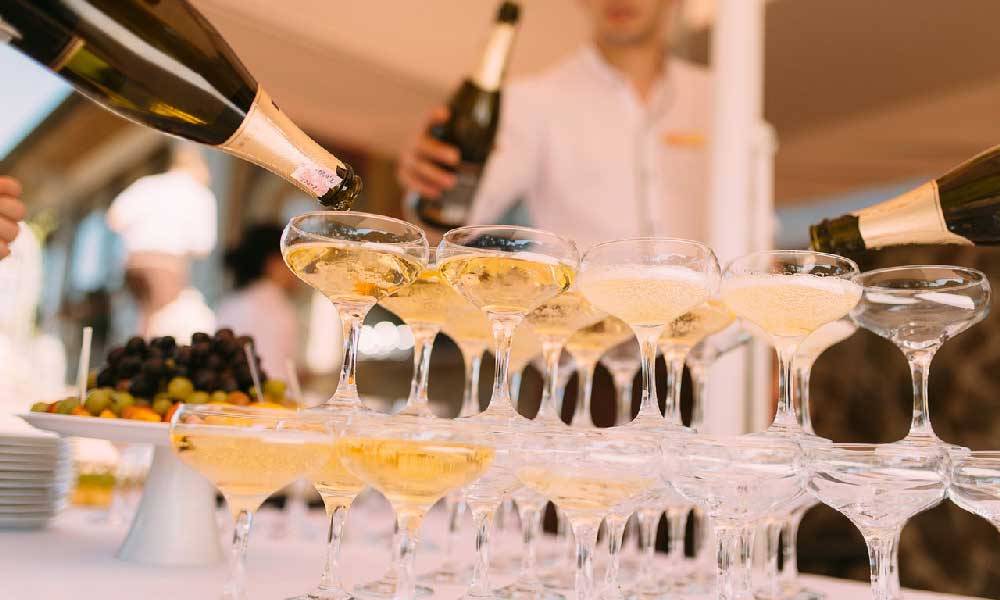 When my son was young he called every drink with bubbles “sparkle juice.” I still think of champagne as sparkle juice. You get the volcanic party-in-a-bottle pop, too! Proving that life is indeed good.

And, maybe a bit confusing. It may seem like splitting hairs, but since we’ve been asked, yes, there is a difference between sparkling wine and Champagne, even if we refer to them both as generic “bubbly.”

Understand that we’re not judging. The issue of sparkling wine versus true Champagne isn’t a fray we’re keen on entering. Like most folks, we don’t really care which fills our glass. Both drinks can play a role in celebrations and momentous occasions. Both are practically synonymous with good times.

However, for the sake of clarity, we simply want to explain the difference between true Champagne and sparkling wines.

All that glitters isn’t gold, and all that sparkles isn’t champagne. Strictly speaking, champagne comes from Champagne, in northern France. “Champagne” that comes from elsewhere can be made from the same process, but purists will tell you that it’s not Champagne, just as “Bordeaux” from California isn’t true Bordeaux. If made outside Champagne, France, the wine can still be marketed as “champagne” — but, with a lower case “c.”

Champagne as we know it has been in commercial production since the eighteenth century. The grapes grown in the Champagne region give the wine its unique flavor.

The production process is perhaps the most distinctive feature of genuine Champagne. The wine is bottled prior to the completion of the fermentation process; subsequent fermentation inside the bottle produces additional carbon dioxide. True Champagne, then, gets bubblier during an organic post-bottling process.

Other sparkling wines are made with alternative technology. Wines can become sparkling via an injection of carbon dioxide as the wine is bottled. The injection method tends to create a wine with more fizz and pop than Champagne. It can shoot its stopper further, too.

The grapes, which are not grown in Champagne, France, combined with the different production method, often shade the flavor of other sparkling wines to the slightly metallic. The texture is usually palpably thinner and lighter.

Whites, Reds and Rose – The Varied Shades of Sparkling Wines

Both Champagne and sparkling wines begin life as, for the most part, white wines, although one can find bubbly reds and, more frequently, sparkling rose wines, too. Sparkling wines are distinguished from their flat ancestors by the altered fermentation process.

1 thought on “The Difference Between Champagne & Sparkling Wine”