Lemon Drop shots are fairly simple to make. All you have to do is mix together four easy-to-find ingredients – vodka, sugar, water (or club soda), and a squeeze of fresh lemon juice. Here's how we prefer to make the Lemon Drop shot. 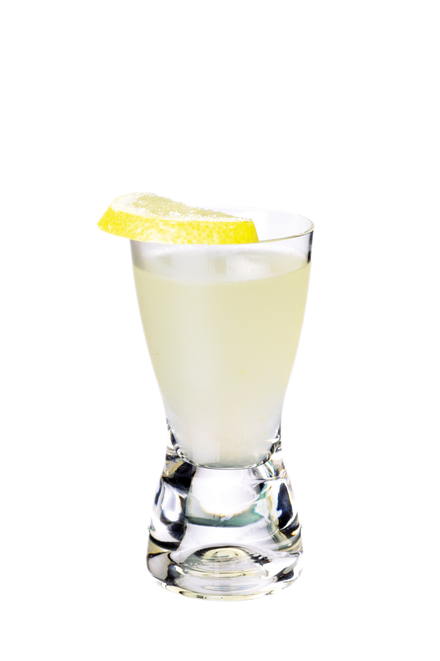 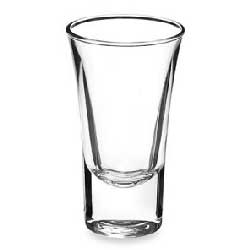 Pro Tip: Suck on the lemon wedge garnish in between sips or shots to maximize the citrusy experience.

Introduction: What is a Lemon Drop Shot?

The Lemon Drop shot is a popular mixed shooter that consists of vodka, sugar, water, and a squeeze of lemon. Since the Lemon Drop shot doesn’t contain as much alcohol content as a typical shot of vodka or tequila, it’s a fun and causal drink option for those who want to take it easy, or don’t want a drink at full-strength. They are also very sweet, a little sour, and delicious.

Lemon Drop shots are fairly simple to make as well. All you have to do is mix together four easy-to-find ingredients – vodka, sugar, water, and a squeeze of fresh lemon juice. After you have combined the ingredients in the shaker or glass, you need to stir or shake the ingredients until they dissolve. From there, you can serve the lemon drop shot on the rocks, or straight up (with no ice) in a sugar-rimmed martini glass or in a shot glass.

For the optimal chilled Lemon Drop Shot experience, we suggest stirring the ingredients together with ice before pouring the mix into the shot glass.

Every cocktail has its own come-up story and a slice of history. The Lemon Drop shot is no exception to the rule.

According to SFGate, the Lemon Drop cocktail made its debut in the 1960s by Norman Hobday inside one of the original San Fransico fern bars (slang for an upscale, preppy, or yuppie ambiance that’s usually decorated with ferns or other greenery) dubbed Henry Africa’s.

While the ingredients are still the same today, back then, the Lemon Drop was a cocktail – not a shot, served in a martini glass rimmed with sugar. Years later, after gaining a lot of popularity throughout the saloons in San Francisco’s Russian Hill district, many bartenders started preparing the drink as a shooter, otherwise known as a shot.

The name of the cocktail was likely coined from the popular Lemon Drop candy.

The popular Lemon Drop shot (or cocktails) alternatives come with a variety of fruit such as raspberries, cherries, and blueberries. In these variations, the Lemon Drop shot recipe is very similar to the one discussed above. The only difference is the added fruit or a different spin on the garnish.

For example, the blueberry lemon drop cocktail is the same lemon drop recipe except with muddled blueberry to give the cocktail a darker color and a fruit-infused (sweet & sour) taste.

Another popular alternative is the Pink Lemon Drop. Instead of water or club soda, simply just add 2 oz of cranberry juice to the mixture.